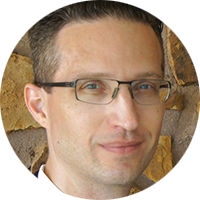 This seminar will focus more on the practical and actionable aspect of setting up your online wallet, platform profile, and minting your first NFTs. My aim is to give you direct knowledge and the steps that will show you how to get started on your journey. The basic walk through will last approximately 30 minutes with approximately an hour for questions and answers.

NFTs have hit the artworld like a Shockwave! When I started getting into and understanding the digital NFT landscape I kept thinking, "I wish I could just talk to someone about it and ask some questions." This seminar workshop is just that - a way for you to engage and get a perspective on what is going on and how to get involved. I know that feeling of knowing you need to get on board or you are going to get seriously left behind. I will do my best to walk you through the simple stuff and get into the excitement of what's possible. Imagine the world turning upside down and now you are in control. Take a small first step with me and maybe I can convince you of a future that you could never have dreamed of - one that will blow your mind.

The seminar aims to establish practical knowledge through a Zoom format to inspire a fruitful exchange of new ideas, concepts, and good vibes. Even though the focus is about NFTs, you will be able to ask questions about anything art related including curating, being the Director of The Royal, applying to shows, Opportunities, Open Calls, etc... On the day of the workshop, everyone signed up for the NFT Seminar will receive an email with the unique Zoom address.

Jason Clay Lewis is an artist and the Director of The Royal @ The Royal Society of American Art in Brooklyn, New York where his responsibilities include curating and promotion of all gallery exhibitions as well as the day to day running of the RSOAA studios. Originally coming to New York on an apprenticeship at Universal Limited Art Editions. This experience allowed him to work along side Jasper Johns as his personal studio assistant. His years of experience as an artist and art professional working in and around the New York art world has allowed him to both show and curate extensively in New York and internationally.

NFT is a unit of data on a digital ledger called a blockchain, where each NFT can represent a unique digital item, and thus they are not interchangeable. NFTs can represent digital files such as art, audio, videos, items in video games and other forms of creative work. The NFTs can be bought on an NFT market. Access to any copy of the original file, however, is not restricted to the owner of the token. While the digital files themselves are infinitely reproducible, the NFTs representing them are tracked on their underlying blockchains and provide buyers with proof of ownership of the NFTs.

NFTs can be used to commodify digital creations, such as digital art, video game items, and music files. Blockchains such as Ethereum, Tezos, and Flow each have their own token standards to define their use of NFTs. Increased interest in the market for NFTs has resulted in increased speculation, as the same investors who had previously speculated on cryptocurrencies began trading NFTs at greatly increasing volumes. NFTs mostly run on a proof-of-work blockchain, which is less energy efficient than a proof-of-stake blockchain. This has resulted in some criticism of the carbon footprint for NFT transactions.

Crypto is a digital asset designed to work as a medium of exchange wherein individual coin ownership records are stored in a ledger existing in a form of computerized database using strong cryptography to secure transaction records, to control the creation of additional coins, and to verify the transfer of coin ownership. It typically does not exist in physical form (like paper money) and is typically not issued by a central authority. Cryptocurrencies typically use decentralized control as opposed to centralized digital currency and central banking systems. When a cryptocurrency is minted or created prior to issuance or issued by a single issuer, it is generally considered centralized. When implemented with decentralized control, each cryptocurrency works through distributed ledger technology, typically a blockchain, that serves as a public financial transaction database.

Minting an NFT is how your digital art becomes a part of the Ethereum blockchain–a public ledger that is unchangeable and tamper-proof. Similar to the way that metal coins are minted and added into circulation, NFTs are also tokens that get "minted" once they are created.

When a collection of NFTs are released on a platform, they are often released as 'drops' (like batches of tickets being released for your favorite concert). This means a frenzied rush of eager buyers when the drop starts, so you'll need to be registered and have your wallet ready ahead of time.

A blockchain is a growing list of records, called blocks, that are linked using cryptography. Each block contains a cryptographic hash of the previous block, a timestamp, and transaction data. By design, a blockchain is resistant to modification of its data. This is because once recorded, the data in any given block cannot be altered retroactively without alteration of all subsequent blocks.

Ether is the transactional token that facilitates operations on the Ethereum network. All of the programs and services linked with the Ethereum network require computing power (and that computing power is not free). Ether is a form of payment for network participants to execute their requested operations on the network. While ether can be thought of as the cryptocurrency of the Ethereum network, metaphorically speaking, it is more accurate to refer to it as the "fuel" of the network. Ether tracks and facilitates all transactions in the network. This process is notably different from the workings of a standard cryptocurrency. Nevertheless, ether does have some properties that make it similar to other cryptocurrencies, such as bitcoin.

Gas refers to the fee, or pricing value, required to successfully conduct a transaction or execute a contract on the Ethereum blockchain platform. Priced in small fractions of the cryptocurrency ether (ETH), commonly referred to as gwei and sometimes also called nanoeth, the gas is used to allocate resources of the Ethereum virtual machine (EVM) so that decentralized applications such as smart contracts can self-execute in a secured but decentralized fashion. The exact price of the gas is determined by supply and demand between the network's miners, who can decline to process a transaction if the gas price does not meet their threshold, and users of the network who seek processing power.

Proof of work (PoW) describes a system that requires a not-insignificant but feasible amount of effort in order to deter frivolous or malicious uses of computing power, such as sending spam emails or launching denial of service attacks. The concept was subsequently adapted to securing digital money by Hal Finney in 2004 through the idea of "reusable proof of work" using the SHA-256 hashing algorithm. Following its introduction in 2009, Bitcoin became the first widely adopted application of Finney's PoW idea (Finney was also the recipient of the first bitcoin transaction). Proof of work forms the basis of many other cryptocurrencies as well, allowing for secure, decentralized consensus.

Proof of Stake (PoS) concept states that a person can mine or validate block transactions according to how many coins he or she holds. This means that the more Bitcoin or altcoin owned by a miner, the more mining power he or she has. The proof of stake was created as an alternative to the proof of work (PoW), to tackle inherent issues in the latter. When a transaction is initiated, the transaction data is fitted into a block with a maximum capacity of 1 megabyte, and then duplicated across multiple computers or nodes on the network. The nodes are the administrative body of the blockchain and verify the legitimacy of the transactions in each block. To carry out the verification step, the nodes or miners would need to solve a computational puzzle, known as the proof of work problem. The first miner to decrypt each block transaction problem gets rewarded with coin. Once a block of transactions has been verified, it is added to the blockchain, a public transparent ledger.

The InterPlanetary File System is a protocol and peer-to-peer network for storing and sharing data in a distributed file system. IPFS uses content-addressing to uniquely identify each file in a global namespace connecting all computing devices.

The Metaverse is a collective virtual shared space, created by the convergence of virtually enhanced physical reality and physically persistent virtual space, including the sum of all virtual worlds, augmented reality, and the Internet. The word "metaverse" is made up of the prefix "meta" (meaning beyond) and the stem "verse" (a backformation from "universe"); the term is typically used to describe the concept of a future iteration of the internet, made up of persistent, shared, 3D virtual spaces linked into a perceived virtual universe.

A smart contract is a computer program or a transaction protocol which is intended to automatically execute, control or document legally relevant events and actions according to the terms of a contract or an agreement. The objectives of smart contracts are the reduction of need in trusted intermediators, arbitrations and enforcement costs, fraud losses, as well as the reduction of malicious and accidental exceptions.

A way of displaying information to the user through stylized, on-screen elements, such as windows and taskbars.

DeFi is a blockchain-based form of finance that does not rely on central financial intermediaries such as brokerages, exchanges, or banks to offer traditional financial instruments, and instead utilizes smart contracts on blockchains, the most common being Ethereum. DeFi platforms allow people to lend or borrow funds from others, speculate on price movements on a range of assets using derivatives, trade cryptocurrencies, insure against risks, and earn interest in savings-like accounts. Some DeFi applications promote high interest rates but are subject to high risk. By October 2020, over $11 billion (worth in cryptocurrency) was deposited in various decentralized finance protocols, which represented more than a tenfold growth during the course of 2020. As of January 2021, approximately $20.5 billion was invested in DeFi.

DAO stands for “Decentralized Autonomous Organization” and can be described as an open-source blockchain protocol governed by a set of rules, created by its elected members, that automatically execute certain actions without the need for intermediaries. It acted as a form of venture capital fund, based on open-source code and without a typical management structure or board of directors. To be fully decentralized, the DAO was unaffiliated with any particular nation-state, though it made use of the ethereum network.

The Royal List at the Royal Society of American Art (RSOAA) is located in Williamsburg, Brooklyn NY (Map).